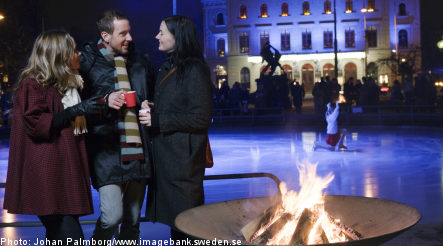 “This gives recognition to Sweden as a very well-managed company,” said Christina Saliba to the TT news agency. Saliba is the chief executive of the Swedish branch of PR agency Weber Shandwick, which compiles the annual Country Brand Index in conjunction with the FutureBrand agency.

Australia, Canada and the United States are the three countries deemed to have this year’s strongest brands, while Sweden joins the list in tenth place for the first time in the index’s short four year history.

“Despite the fact that Sweden is a small country, we excel in many contexts, with several internationally recognized brands and a number of international stars,” said Saliba.

The study is based on responses to a questionnaire sent out to entertainment and business travellers as well as a panel of 30 international experts.

Sweden swept aside the opposition to score first place on two of the detailed sub-rankings.

“With forward-thinking privatized pensions, low inflation and one of the highest rates of GDP per hour worked, Sweden is a world leader in living standards,” according to the study.

The country has also garnered admiration for its green approach.

“With a comprehensive plan for an ‘Environmental Sweden,’ the country’s policy for ecologically sustainable development endeavors to solve all major environmental problems for the next generation.”

While Sweden fails to make a mark in a number of other areas, such as History and Arts & Culture, the country does manage to score top ten results across a range of fields.

Considered stable and secure, the country comes fourth on the safety ranking. Here neighbouring Norway is considered the safest of havens.

Sweden also scores highly (8th) for ease of travel to, from and within the country. But the Netherlands is considered the best facilitator of travel.

Canada gets the nod for the range of activities available to families, with Sweden dropping one place to sixth from last year’s index.

Japan is the best country in the world in which to hold a businesses conference, according to the study, while Sweden is tenth.

Business travellers wishing to extend their stay to include a vacation are told that Sweden is the seventh best place in which to do so. Not bad for a country without the sun, surf and barbies of top ranking Australia.

And only the Netherlands and New Zealand are considered to have more political freedom than their Swedish counterparts.

Given a choice to live anywhere outside their home country, most people surveyed opted for Australia, while Sweden is the sixth most popular choice.

The quality of products made in Japan is deemed higher than anywhere else. Sweden claims tenth spot on the product quality ranking.

Japan again scores highest as the country in which the latest technologies are most prevalent. But Sweden shows it can be techy too with a fourth place finish.

“Sweden has a good international reputation. Things are well ordered. We get good results for honesty in our relations with other countries. We are considered punctual and we follow the terms of our agreements.

“The fact that Sweden is on this top list gives a lot of added value to the business and tourism sectors,” said Christina Sabina.