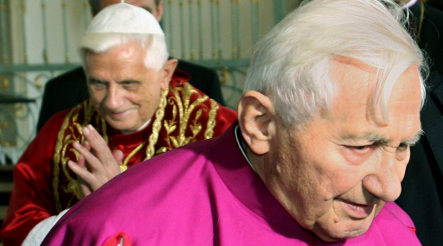 Georg Ratzinger, who is himself a priest, turns 85 on January 15 and wants Mozart’s Mass in C-Minor performed for him in the world-famous Sistine Chapel.

The diocese is flying in a 90-person choir plus 37 musicians from an orchestra in Linz, Austria for the performance, according to a report by news magazine Focus. But the bill is causing some irritation in Regensburg where the diocese’s main sources of income are church tax and rent on its properties.

“This is a great gift for the Cathedral Choir,” said choir manager Christof Hartmann in a statement released by the diocese.

Church officials said the concert would be fianced via donations, the sale of CDs and DVDs, as well as directly from the diocese budget.