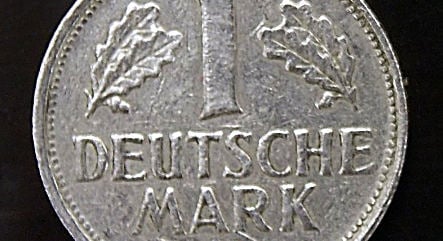 Authorities closed the branch of the central bank after workers opened money bags full of the old currency that had come from China, releasing an unknown gas. The workers were transported to a nearby hospital with respiratory injuries, fire department spokesperson Peter Braun said.

“We think that wet cleaning agents clinging to the coins created a gas inside the bags,” he said.

After the euro replaced the mark in 2002, some countries with high inflation risk used the D-mark as a reserve for exchange, Bundesbank spokesperson Jörn Eckhoff said. The mark can still be exchanged for euros without fees or time limits. An estimate 45 percent of all D-Mark currency had been exchanged for euros by 2005, but much of the rest has since been turned in, according to bank officials.