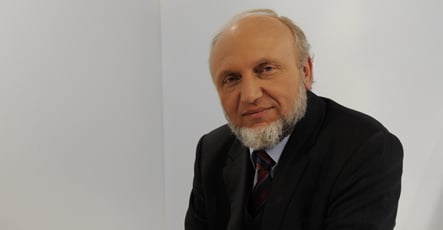 Hans-Werner Sinn, head of the economic research institute Ifo, urged Germans not to search for “scapegoats” amid the current financial crisis, which he said was the result of “an anonymous system error,” in comments published by the Der Tagesspiegel newspaper on Monday.

“At the time it (the search for scapegoats) focused on the Jews, today it is the managers,” Sinn said, referring to the economic crisis of the 1930s which lead to the rise of the Nazi regime.

His comments immediately sparked an uproar. The secretary general of the central Jewish council of Germany, Stephan Kramer, called on Sinn to “excuse himself unconditionally.”

On Monday afternoon, Sinn said he “regrets very much” that the Jewish community was offended by his remarks, in an open letter to Charlotte Knoblauch, head of the Central Council of Jews in Germany. “I did not in any way want compare the fate of Jews after 1933 to today’s situation with the managers,” Sinn wrote. “Such a comparison would be absurd.” His intent was to emphasize that the “real causes of the worldwide economic crisis are mistakes in the system that must be exposed and eliminated.”

Each month the Ifo publishes one of the most widely-read surveys of German business confidence.