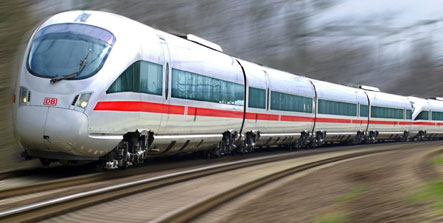 Rail passengers in Germany faced delays and cancellations on Saturday after railway operator Deutsche Bahn recalled part of its high-speed ICE train fleet because of concerns over safety that have hobbled travel for months.

Deutsche Bahn asked manufacturers Siemens and Bombardier on Friday to provide reliable guarantees for axles which have raised worries since a derailment in Cologne in July caused by a broken axle.

“Safety has absolute priority,” Deutsche Bahn CEO Hartmut Mehdorn said. “We see ourselves as having been left dangling (by the consortium), which has confronted us with unreliable and unclear information.”

With about a quarter of its high-speed trains out of service for the weekend, passengers should ready themselves for up to half hour delays and for travel in more cramped and slower conditions. Deutsche Bahn expressed hope that service would return to normal by early next week.

Railway customers have experienced substantial delays and cancellations recently due to more frequent safety checks on the ICE-T trains and they will continue to do so until the axle problem can be solved. The T version of the high-speed trains is so named for its tilt technology.

Travellers seeking information on delays should call the Deutsche Bahn service hotline toll free within Germany on 08000 / 99 66 33 or look on the railway’s website www.bahn.de. Many passengers are eligible for refunds or exchanges for tickets on future trains.