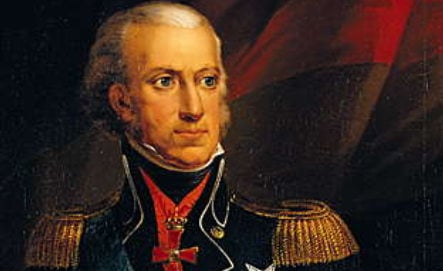 The diaries in question date from May to October 1785, a time when Karl was 37 years old and still a duke, according to a report in the Populär Historia magazine.

“I have never heard of any remaining diary notes written in Duke Karl’s hand from such an early period in his life,” he told Populär Historia.

The leather-bound volume was passed on to school headmaster Anders Nyström by his mother, who received the book as a gift in the 1950s.

“I more or less grew up with it but never thought too much about it,” Nyström told The Local.

It was only when he read an article about Karl XIII in Populär Historia that he began to take a keener interest.

Contained within the pages of the diary are ruminations on the duke’s travels, military duties and experiments in alchemy carried out in his own laboratory.

But among the more private entries are small drawings of penises that appear to coincide with sexually productive moments in the duke’s life.

For example, accompanying an entry relating to a concert on October 10th 1785 is a sketch of a single penis.

And on the 23rd of the same month, the duke attended an oyster supper with his wife, Hedvig Elisabet Charlotta. On this occasion, the famed aphrodisiac prompted Karl to double the number of phallic doodles.

Karl eventually acceded to the throne in 1809 at the age of 60. He died nine years later, having suffered a stroke shortly after becoming king.