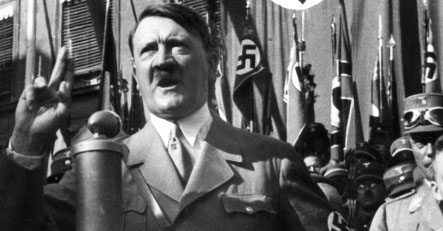 After studying the mysteries of mussels and chips, preferred by Belgian singer Jacques Brel and the late Queen frontman Freddy Mercury’s curried chicken, Flemish chef Jeroen Meus heads next week to southern Germany. The 30-year-old cook catches some trout in Bavaria, and then heads to Hitler’s “Eagle’s Nest” to whip up the “meal of an atrocious man” as part of a “succulent feast”, Flemish VRT television said on its Internet site.

The chief editor of Antwerp’s Joods Actueel Jewish community magazine, Michael Freilich, denounced the programme in advance for “presenting Hitler as a simple man of the people.”

He accused Meus, whose series also looked at surrealist painter Salvador Dali’s favourite “Catalan lobster,” of being “naive” and ill-informed about the Holocaust and the effects on its survivors.

Six million Jews from across Nazi-occupied Europe perished during the Holocaust. Belgium’s deportees association also expressed concern about the programme. But in a statement, Jan Stevens, director of Canvas television, part of the VRT chain broadcasting the programme, said it would help people to “have a better understanding of the dictator.”

“It is not in any way trying to humanise Hitler. Jeroen Meus explains it clearly in the introduction and during the programme, by contrasting the luxury of Eagles Nest and World War II,” he said.

Stevens said, however, that VRT did wish to “apologise in advance if some people feel shocked by the programme’s contents.”