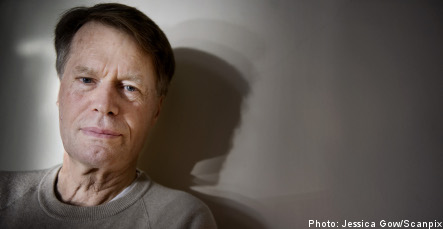 Announcing the award, the Swedish Academy described Le Clézio as the “author of new departures, poetic adventure and sensual ecstasy, explorer of a humanity beyond and below the reigning civilization”.

It came out in English in 1964 under the title “The Interrogation”.

He will receive the Nobel diploma, medal and a cheque for 10 million kronor ($1.42 million) at a formal ceremony in Stockholm on December 10th.

Le Clézio was born in the Riviera city of Nice on April 13, 1940 to an English father and French mother. He is an avid traveller, and his fictions are as likely to be set in Mexico or the Sahara as in Paris or London.

Le Clézio was seen as a newcomer to the Nouveau Roman (New Novel) movement spearheaded by Alain Robbe-Grillet.

But he defied easy classification and rapidly became a cult author, a chronicler of the perils of modern life, particularly in its urban variety.

His latest novel “Ritournelle de la faim” (Same Old Story about Hunger) released this year has been hailed as breaking new ground, exploring French guilt over its wartime past.

In 1994 the readers of the French literary review Lire voted him “the greatest living French-language writer.”

Le Clézio divides his time mainly between Mexico and his home in Nice.