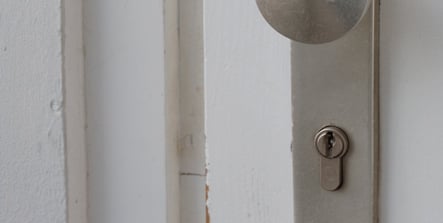 Last month, a group of his acquaintances had hoped to surprise him for his birthday, but they were not concerned when he didn’t answer the door. The man, who would have turned 42, was known to be gone for months at a time in the Middle East.

About one week later, a member of the would-be surprise party ran into another acquaintance of the man, who had often looked after his apartment during his absences. But the housesitter said he’d heard nothing of the man being away on a trip.

That encouraged the two men to call the police on Wednesday night. When authorities opened the apartment door they found their friend dead. Police in the German state of Baden-Württemberg estimate he had been dead since the end of November or early December 2007.

“We don’t know much about his family situation,” Aalen police spokesman Bernhard Kohn told The Local on Thursday. “But obviously he had no family that paid close enough attention to miss him for a year. But his tendency to take long trips meant that no one here wondered when they didn’t hear from him.”

Kohn estimated that about 10 families lived in the man’s apartment building, but no one in the building reported smelling his decaying corpse.

“There are probably 30 people living in that building, but because his apartment was an isolated rooftop unit that was ventilated from the inside, no one noticed a thing,” he said.

Police continue to investigate the incident, but will not perform an autopsy.

“We do not believe there was foul play, so it’s not necessary.” Kohn said.