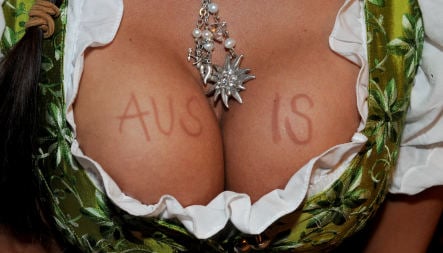 It's over. Photo: DPA

Still, that didn’t mean the 175th Oktoberfest wasn’t a good party. According to daily newspaper Süddeutsche Zeitung on Tuesday, the chilly weather inspired lots of Wiesn visitors to huddle closer together for warmth – which seems to have had wider repercussions.

The paper reported that Munich pharmacies sold record amounts of condoms during the 16-day beer festival. Some store inventories were completely cleared out of prophylactics. Condom maker Durex said they sold 1.5 million rubbers during the last fortnight – 21 percent more than the entire month of August.

Schreiber did not indicate whether the company would consider naming any future Oktoberfest condom the Weißwurst, or if they would opt instead for the more traditional Bavarian blue and white checked colour scheme.