Irish Eurovision Song Contest legend Johnny Logan comes to Stockholm on Sunday. Logan, made famous with hits such as “What’s Another Year” and “Hold Me Now”, won the Eurovision song contest for his country on a record three occasions (once as a songwriter).

Logan will be joined at the historic China Theatre venue by “friends” – these are not reported to include Dustin the Turkey.

This Swedish pop-rock band are the pride of Borlänge. They took their name from a version of the Beatles’ song “A Day in the Life” where John Lennon counts the song in by saying “sugar-plum-fairy, sugar-plum-fairy.”

Sugarplum Fairy have established themselves as a promising voice in Swedish pop after releasing a debut album entitled “Young & Armed” in 2004. Their third album “The Wild One” will be on advance sale at Debaser.

Charlotte Engelkes – Forellen and Me

“Forellen and Me” is a humorous saga about a singer wandering in a changing landscape featuring a gluten-allergic flourmaid, a fishing nun, a swelling crow, winter, fields and a happy wanderer who is not quite on the same wavelength as everyone else.

Swedish Championship semi-finals – American Football Super Series. This Saturday, the Stockholm Mean Machine will meet Limhamn Griffins in one of the semi-finals in the Swedish national American football series.

The second semi-final will also be played on Saturday between the Arlanda Jets and the Carlstad Crusaders.

The East India Ship Götheborg has returned home to Sweden’s second city after its summer tour. The vintage vessel has visited 15 cities around the Baltic Sea and interest has been massive wherever the ship has docked.

This weekend gives those in Gothenburg the chance to get onboard and feel the atmosphere of the high seas, silk route travel to China and an insight into the history of the East India Company. Watch out for the press gang…

The Meteors a.k.a “The Kings of psychobilly” are coming to Storan and 7 Sins on Friday.

So dust off the flat top and take a trip back to the early eighties and into the rockabilly genre that the UK’s Meteors did much to initiate. They are supported by Joe Hellraiser & the Graverobbin’ Bastards.

The Ukulele Orchestra of Great Britain

The orchestra serves up a broad selection of music from Tchaikovsky to Nirvana and everything in between with the help of voice and the ukulele alone.

German band Cinema Bizarre met on the internet and their presence in cyberspace is formidable with fan sites singing their praises in all corners of the virtual world. Among their fans are rumoured to be Malcolm McClaren and Depeche Mode, no less.

The glam, new wave, electro and rock, rockers can be seen in actual reality at Kulturbolaget on Sunday.

Three dancers and three musicians challenge and inspire each other in this pacy and moving performance. Featuring Damon Frost, Jannie Bergren and Andreas Berchtold.

The rhythms of street are mixed with flamenco and folk dance and combine percussion, guitar and string in a playful and spontaneous, while intense, mix.

The Aggrolites are a five-man band from LA who mix old school reggae, rock, soul and funk into a genre dubbed “dirty reggae” which is the name of the band’s first album, released in 2003. 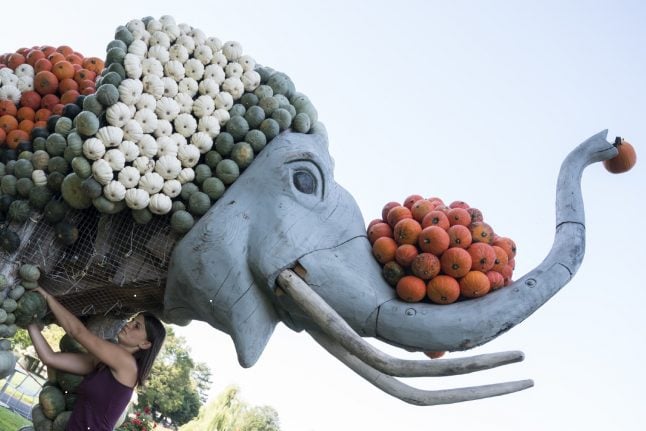