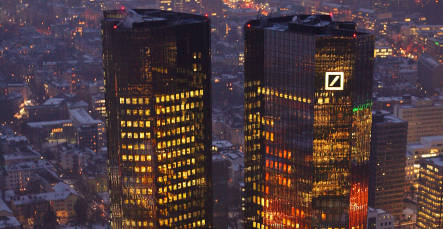 Deutsche Post succumbed to the advances of Germany’s largest private financial institution, agreeing to sell Deutsche Bank a 29.75 percent stake in Postbank. The €2.5-billion deal is likely to be the first step in a total takeover.

DPA said Deutsche Post’s management would sign off on the deal on Friday. “It’s expected to be approved,” a banking source told the news agency. Deutsche Bank will also secure the right to buy the rest of Postbank in the future, but the separate brand will continue to be used.

The news comes only weeks after Commerzbank announced it was acquiring Dresdner Bank for €9.8 billion, challenging Deutsche Bank for its primacy among German private financial institutions.

With But its market capitalization of €7 billion has fallen considerably over the past year.

Deutsche Bank CEO Josef Ackermann made no secret of his company’s interest in Postbank at a banking symposium sponsored by business daily Handelsblatt on Wednesday. “We’ve always said on the topic of Postbank that it’s an institution that would strengthen us strategically – both in the private customer sector as well as the distribution network.”