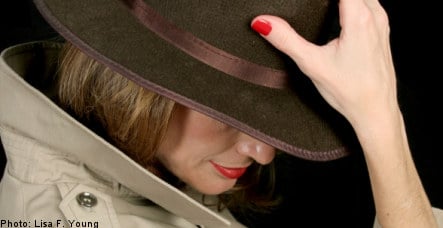 To some of us who worked as foreign correspondents in Europe during the dark old days of the Cold War, the current debate in Sweden seems somewhat naive: we always took it for granted that national security services monitored our activities and perhaps even eavesdropped on our phone conversations. It wasn’t especially controversial, it was expected.

One of my good friends at the time—we can call him Sasha — was the Stockholm correspondent for a Russian news weekly. Sasha and I frequently met for lunch, where we gossiped about our peers, exchanged family news and sometimes discussed East-West politics. If there was an empty chair at our table, we would joke: “That chair is reserved for SÄPO, the Swedish security police”.

I contributed regularly for many years to U.S News & World Report, based in Washington, D.C. which was very keen for news about Russian submarines lurking in Swedish waters, the tragic case of humanitarian war hero Raoul Wallenberg who disappeared into the Soviet gulag at the end of WW II, and any topic involving espionage. I also worked briefly for Defense News.

One visited various embassies, sipped wine or Campari cocktails at diplomatic receptions, and interviewed politicians, researchers and military people. During those excursions into murky waters, we knew that we might rub shoulders with a spook of one nationality or another. Once, I actually met a fellow who definitely worked for SÄPO. That arranged meeting went down in a McDonald’s restaurant on Sveavägen of all places,

During the bad old days of the late 1980s, we usually had no way of knowing if an intelligence service was keeping tabs on us. The static on the phone was probably just a technical glitch, but who can say for sure? My attitude at that time—which hasn’t changed—was pragmatic. I figure that if you as a foreign journalist are perceived as a “player,” you are an idiot if you don’t take precautions to protect your sources.

If SÄPO or FRA are not currently engaged in surveillance of foreign nationals, they aren’t doing their job. That doesn’t mean a wholesale invasion of private integrity is necessary or desirable. Far from it.

No one wants to have their mail opened by strangers. In fact, it is good news for democracy that a large portion of the Swedish public is motivated to defend their civil liberties. Expressen’s online campaign against the new snoop law resulted in over 6 million email protest letters to the government.

The harsh reality though is that as long as international terrorism is perceived as a genuine threat, increased monitoring of private communications will happen in Sweden and other countries whether or not it is officially sanctioned by specific legislation. But not to worry: that static on your cell is probably just the usual poor reception.

Last week the appeals court for Skåne and Blekinge in southern Sweden criticized the measure, and on Monday Sweden’s Customs Agency (Tullverket) and the Data Inspection Board (Datainspektionen) voiced their displeasure with the current version of the legislation.

Not only did the law face criticism from the public and the opposition parties, but several prominent politicians in the centre-right Alliance government also came out against the measure.

An extra round of negotiations in September led to an amendment that called for a special court to be created which would rule on exactly what sort of cable-bound communications traffic FRA would be able to monitor.

But now the Customs Agency has criticized the changes to the signal intelligence law, claiming the alterations prevent the agency from directly access information from FRA, according to the Riksdag & Departement newspaper.

In order to get information from FRA, the Customs Agency must now to go through the government, the prime minister’s office or the Armed Forces.

According to the agency, the extra steps hurt its ability to prevent the spread of weapons of mass destruction.

The Data Inspection Board also doubts that the revisions do enough to protect the privacy of individuals.

It criticizes the special court due to be implemented as a part of the FRA-law compromise because it will only be staffed by regular judges.

The court will rule on whom FRA may target for intelligence gathering, and the Data Inspection Board questions whether the court can be a truly independent court, a charge echoing criticism in comments on the law from other agonies.