Weekly newsmagazine Der Spiegel reported on Saturday that Telekom managers and their US colleagues are looking at various options for a buy-out or merger, although there are no official negotiations or an offer.

The magazine says it has information that the Sprint project is high on Telekom’s list of priorities, at least partly because the US firm has been fighting technical problems and its market value has sunk to $22 billion.

The current strength of the euro against the dollar would help make Sprint a bargain, analysts say, and would cost Telekom considerably less than the takeover of Voicestream seven years ago – which became T-Mobile USA.

That provoked ructions within the Telekom shareholder community, with criticism aimed at the then Telekom CEO Ron Sommer for the high cost, and calls for compensation. 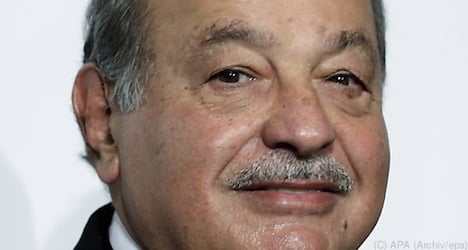 Slim offered other shareholders €7.15 per share, and extended the deadline for the offer up to Thursday of last week.

The largest telecommunications company in Latin America, America Movil plans to use Telekom Austria as a base to grow into Eastern Europe.

Telekom Austria plans this year to make a capital increase in order to finance the expansion, among other activities.

The Austrian company sustained significant losses in the first half of this year.