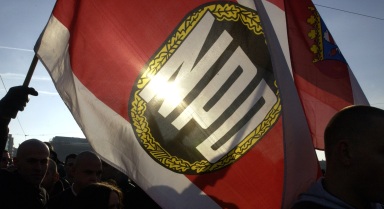 It reports that a draft of the 2009 tax reform includes a clause which would exclude groups considered hostile to the constitution from tax privileges granted to “charitable organisations.”

The previous centre-left coalition government tried to ban the NPD, arguing that it is not democratic enough to be considered a legal political party.

The attempt ended in embarrassing failure for the government when a court discovered that many of the NPD leaders whose words and actions were material to the case for banning the party were secret service double agents.

The draft clause reads, “Tax relief rests on the premise that the organisation does not include extremist thinking in its constitution, or in its actual management, and that it remains within the framework of constitutional order.”

Excluding the NPD from charitable status is expected to be much easier than banning it.

Many argue that banning the group altogether would be dangerous, pushing it underground and perhaps making it even more attractive to those disaffected with the politics of the day.