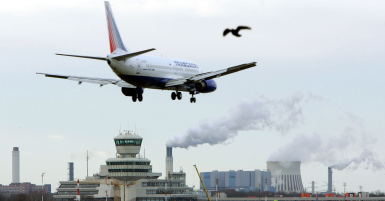 Despite its brand new terminal, and the 13.4 million passengers who used it last year, Tegel will close as soon as the new expanded airport in Schönefeld opens, according to a report in the Berlin daily newspaper Tagesspiegel.

There are no legal avenues to explore for those who want to keep Tegel running, the paper writes, having seen files belonging to city’s office for urban development.

The permission for civil aviation to use the airport in the north of the city will be extinguished as soon as the Berlin-Brandenburg International (BBI) airport opens – purportedly at the end of 2011.

The only similarity with Tempelhof is the lack of a plan for the site.

Calls have been made for a broad public discussion about what should happen to the 450 hectare site just north of the city, but so far no big private investor with a grand idea has come forward.

The senate is suggesting a mixture of accommodation and work places, while keeping the large central piece of land open as a park.