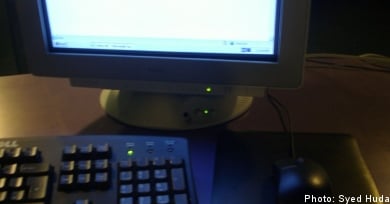 Jesper Lundberg, of the northern Stockholm suburb of Järfälla, is now being held by authorities in Arlington County, Virginia on federal charges of travelling to engage in illicit sexual conduct with a minor and enticement of a minor.

Lundberg was lured to the US by US authorities in an internet sting operation.

The girl he thought he would meet did not in fact exist. Instead he had been communicating online for almost a year with an undercover police detective in Arlington, according to an police department press release.

“He has not made any confession and has asked for a public defender,” said Crystal Nosal at Arlington County Police Department to Aftonbladet.se.

Lundberg travelled the 16 hours from his home to the Virginia suburbs of Washington, DC after having made a deal with the fictitious father of the supposed victim to purchase sex from his 14-year-old daughter. The man was arrested by police in a hotel shortly after his arrival in the state on Thursday.

The man is being held at the Alexandria Adult Detention Center. He will face federal court proceedings within a week.

Swedish consular authorities reported on Friday evening that they have not as yet become involved in the issue.