The cost of developing a vdsl2 network in Sweden is estimated at 10 billion kronor ($1.5 billion).

“The best thing would be for Telia, Telenor and Tele 2 to reach an agreement on how best to finance the investment,” Telenor’s Swedish CEO Johan Lindgren told Computer Sweden.

If implemented, the system is expected to grant almost two million Swedish households access to a broadband capacity of 100 megabits per second. 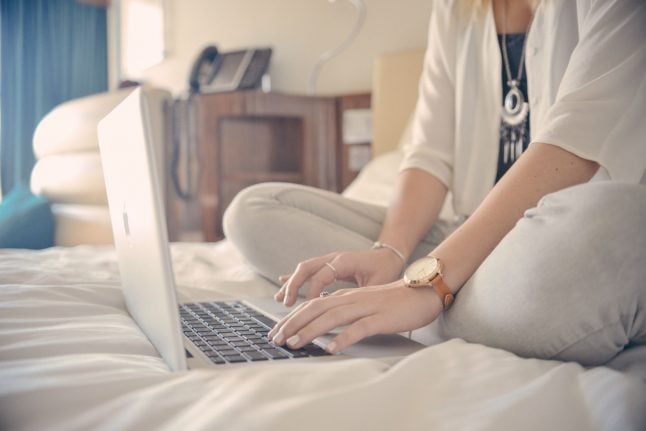 What was the ruling about?

At the start of 2011 the grown-up child of a family in Munich illegally uploaded a Rihanna album onto the internet from a computer in his or her parents’ home.

A few weeks later the parents received a letter from a lawyer representing Universal Music, demanding compensation to the tune of €3,500.

The grown-up child who uploaded the album was one of three siblings living in the house, all of whom were adults.

The parents argued that they had had friends round for the entire evening that the uploading took place and that they couldn’t be held responsible for what their adult children got up to alone.

But they admitted that they knew which of their children had uploaded the album, at the same time refusing to tell authorities which one was responsible.

The BGH told the parents that they were not legally obliged to tell on their kid “but you have to then deal with the consequences.” In other words the parents were ordered to pay compensation.

The judges argued that any other ruling would have given the record labels no chance of successfully pursuing their copyright claims.

What law is this based on?

According to current German law, you can be held responsible for illegal downloads and uploads from an IP address even if you can prove you weren't aware of the crime taking place.

In a flatshare or a private home, the person under whose name the internet connection is registered is legally liable for a crime committed by anyone in the house who misuses the connection.

What does this mean for us?

The German press are reporting that the ruling means that parents will have to “rat out their children” or pay heavy fines.
But the parents in this case admitted that they knew which of their kids committed the crime. The case would have been less straightforward if they had said they had no idea who had done it.
Several BGH rulings have made clear that the owner of an internet connection only has limited liability for the actions of flatmates, or family members.
Parents are responsible for explaining to their children what is legal, but they aren't expected to constantly watch what their offspring are doing on the internet.
Adult flatmates or relatives are also expected to know the law and the owner of the internet connection is not expected to have to teach it to them. Thus a woman whose niece visited from Australia could not be held accountable when the niece downloaded a film illegally via her internet connection.
But isn't the government trying to change the law?
Yes. The government is trying to take steps that would essentially exempt WiFi providers from liability if someone uses their internet connection to illegally download material, according to a report published in Spiegel in February.
According to Spiegel, the Economy Ministry hopes that the amendment to a 2016 bill will help it realize one of the cornerstones of the federal government's digital policy – creating password-free WiFi access for all Germans.
But what it won't of course do is give you a free ticket to illegally download music and movies. If the BGH ruling shows anything, it is that copyright protection is taken very seriously in Germany.
Url copied to clipboard!